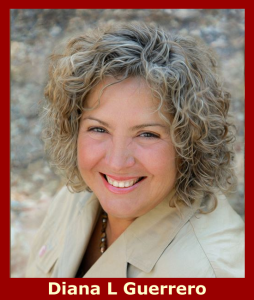 Friend to the Furred, Feathered, Finned
My first word was, “fish” which was the first inkling that I’d spend a lifetime with animals in a career path that was my destiny. Monikers included “natural friend,” “animal magnet,” “animal whisperer,” and the “ARKlady.” These nicknames tried to catch my essence since I was always out in nature–mainly in, on or around the sea spending time and because I attracted both wild and tame creatures as friends.

Fueled by passion, as a young teen I jumped into unchartered territories at a time when the world was ignorant of just how wonderfully complex animals were and how important our choices were to our (both human and non-humans) future health and happiness.

Restoring Natural Connections
Animal lovers long for critter connections and insights and by helping people connect to animals, and to experience the changes that those natural connections can make, opens up a new world. People discover the importance of natural surroundings and environments, not only for the animals, but to the entire health of our world.

Over my career span, I have been fortunate to see endangered animal populations rebound, witnessed wildlife habitats recover–and watched as views about domesticated animals, our closest companions, modify from utilitarian roles to those of valued family members.

The truth is, when the natural balance is restored we are restored, not only personally in our homes, but in our neighborhoods, local communities and beyond. We are part of a greater whole where resources are vital to the well-being of all who live on planet earth.

My calling has ultimately been about enriching the lives of animals and empowering humans by teaching people how to glean the additional insights and skills so that they can more effectively understand, communicate and forge a richer, harmonious life with animals whatever their situation.

My mission is to share the unparalleled perspectives gleaned from a lifetime of diverse animal experiences, and extensive specialty education, with those who are not only passionate about animals but who also want to make a difference in their lives and in the world in which they live.

If that is you, consider this your invitation to join me on a new type of animal adventure–one designed to change animal lives and change yours in the process.

Diana L Guerrero (aka ARKlady) is an animal whisperer, wildlife interpreter and friend of the furred, feathered and finned. With a goal of enriching the lives of animals (both wild and tame) and empowering the humans that love them, she shares a lifetime of professional experience and specialty training with animal lovers–who are not only passionate about animals but that want to make a difference in their lives and in the world in which they live.

Guerrero took the stage as a young teen with her first media appearance on Good Morning America at 18 years of age. As a seasoned professional, you may have seen her in media segments on such shows as The Today Show, on the Discovery Channel, or perhaps you’ve heard her on NPR, or quoted in the print media.

Her columns and articles have been found in widely read publications. She is the author of several books and is currently working on a couple of new projects.

Previous works include Blessing of the Animals: A Guide to Prayers & Ceremonies Celebrating Pets & Other Creatures (2007), What Animals Can Teach Us about Spirituality: Inspiring Lessons of Wild & Tame Creatures (2003), and the award winning Resources for Crisis Management for Animal Care Facilities (1999)…and more.

Guerrero currently resides on the central coast of California (Pacific Standard Time) and is represented by the New York Literary Agency, Bykofsky & Associates. Her first word was “fish.”