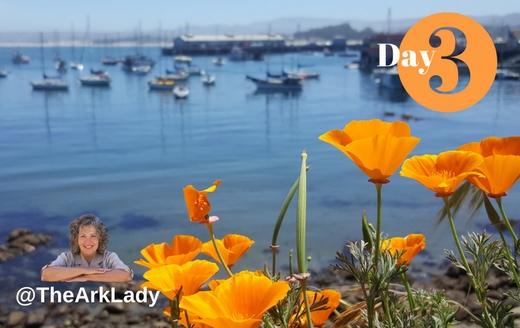 “Thank God you decided to close your business. I think it is a good decision.”

“Yes, really. I’ve watched you hit your head against brick walls over and over again the past eight months. If I thought you hadn’t done the work or put in the effort I might say differently. It is clear you have put some thought into it and with all the hurdles and disasters you’ve faced, it really is a good decision and I’m excited for you.”

The above conversation was with my business accountability partner (Bonnie W) late last year. We’ve talked weekly about business growth, challenges, planning and brainstorming since January of 2015–we both respect each other but also know each other’s businesses as well as personal challenges and hurdles.

While the discussion did not make the decision feel any better, it was the additional validation I was seeking and, more importantly, it was from another entrepreneur in the trenches whose opinion and insights I value and trust.

However, my first feeling was not excitement but, “Oh crap–what am I going to do now?”

It was a bit daunting and scary–in fact, when I met with a bunch of other of my pals at a live business planning event in San Diego recently, they were excited too.

Seriously, entrepreneurs are an odd bunch…but they know that my decision was a solid one as well.

Strange as it may seem, sometimes throwing in the towel is a good decision.

In the past I would have pushed harder, dumped more money, time and effort into it.

However this time I decided to do something different.

At the end of the year all clients but one were terminated. I had termination agreements in place and new the last one would finish March 31, 2017.

Once I set things in motion, I moved from the moment of, “Oh crap!” into the, “what next?” phase of exploration.

Entrepreneurship isn’t always a disaster, but it takes work and sometimes things break.

Today there is a trend of having customers or clients pay for a service or program before it is full ready.

In the past, beta testers have been invited in exchange for feedback and working out the bugs.

One of my odd skills is to find what is broken or hidden.

This is because I actively use or test something. Normally I get in and get out if the service is not a fit or isn’t something I find of value.

For instance, I got invited in to test Google Plus on day three. It was only geeks and I jumped out as it wasn’t a place for me or my clients…although I do use many of the Google products, it isn’t one I actively adopted.

Anyway, my point is that after spending thousands of dollars a year, licensing ALL of the new products my main developer has released since inception, the team rolled out broken software and I found that things were breaking almost hourly because the programmers did not good systems or strategies in place.

Despite promises, the customer support was not turning things around in 24 hours but as long as two weeks–if that.

I’d been one of the first agencies working with this company that is now ranking in the top Fortune 200. Now, I felt like a number instead of a valued customer.

The last straw was my asking for a courtesy 30 day extension on some of the software since it was so flawed–they said no and that I could pay more and they would be happy to give me access!

When No is a Bad Word

No is okay sometimes but in this case it lost them both my goodwill and business.

Customer acquisition is more costly than retention–and because my frustration level was so high and they declined a reasonable request, it signaled that it was time to jump.

A competitor in the same space had reached out to me with a new product and so I began shut down on the long standing products to test the new one.

Life got in the way but also–they were using the same model of developing and roll out before the product was ready to go.

Seriously, they need to stop it.

And yes, I jumped out right away. They were awesome about it.

Okay, so now that you have part of my story on the shut down…what actually happened yesterday?

You may have caught my livestream where I was chatting about batching and hacking for productivity.

Wednesdays are consistently all about learning, research and chores.

Steve Dotto (I’m a patreon fan of his) did a live tech talk with some social marketing folks from Canada which shared some great tips.

A quick trip and walk in the sun was followed by a virtual meeting with other business gals as part of the beta testers of Melanie Duncan’s mastermind program.

It was good to chat with the other business folks and hear about their wins…which I can share another time, maybe in a livestream.

At the end of the call one of the members shared that she was excited to see how things were starting to come together for me.

Although the afternoon was supposed to be face-to-face introductions with the winery owning crowd in Carmel Valley by a group I am working for, it was derailed.

Long story short, the latter part of the day was not as productive as it would have been if I had stayed on my original plan.

Even so, clear communication helps to sort everything out and I anticipate the next few days to be fruitful.

Comments are only open for one day, if you miss adding yours, join me and catch additional content on my Facebook page.